This is going to be a short post, but I finally harvested my bell pepper! This was the vegetable I was most looking forward to harvesting as it took the longest time (and I also love bell peppers). I knew it was time to harvest for two main reasons: it was getting to about the same size as the bell peppers you would see at a grocery store, and it was getting big enough that it was actually hindering the growth of my other bell peppers. Something else I needed to have before harvesting my bell pepper was a recipe I could use for it, and I ended up with two. I cut the bell pepper in half and used one half on a homemade pizza and I’m going to be using the other half on a ground meat burrito later today. After making a clean cut on the stem of the bell pepper, I noticed that a tiny spider had made a home in the top dip of the bell pepper. So I made sure to wash it thoroughly (don’t think I spelled that right, oh well), and made slices to place on my pizza. And I have to say, it definitely tasted more fresh than the bell peppers from the grocery store. I would say that’s probably due to both the lack of hormones/GMO and the fact that it was literally harvested from the plant only minutes before. I also put some of my fresh purple basil on the pizza, so we’re getting closer and closer to having a pizza with only home grown toppings! Below is a picture of my bell pepper and the pizza I made with it. 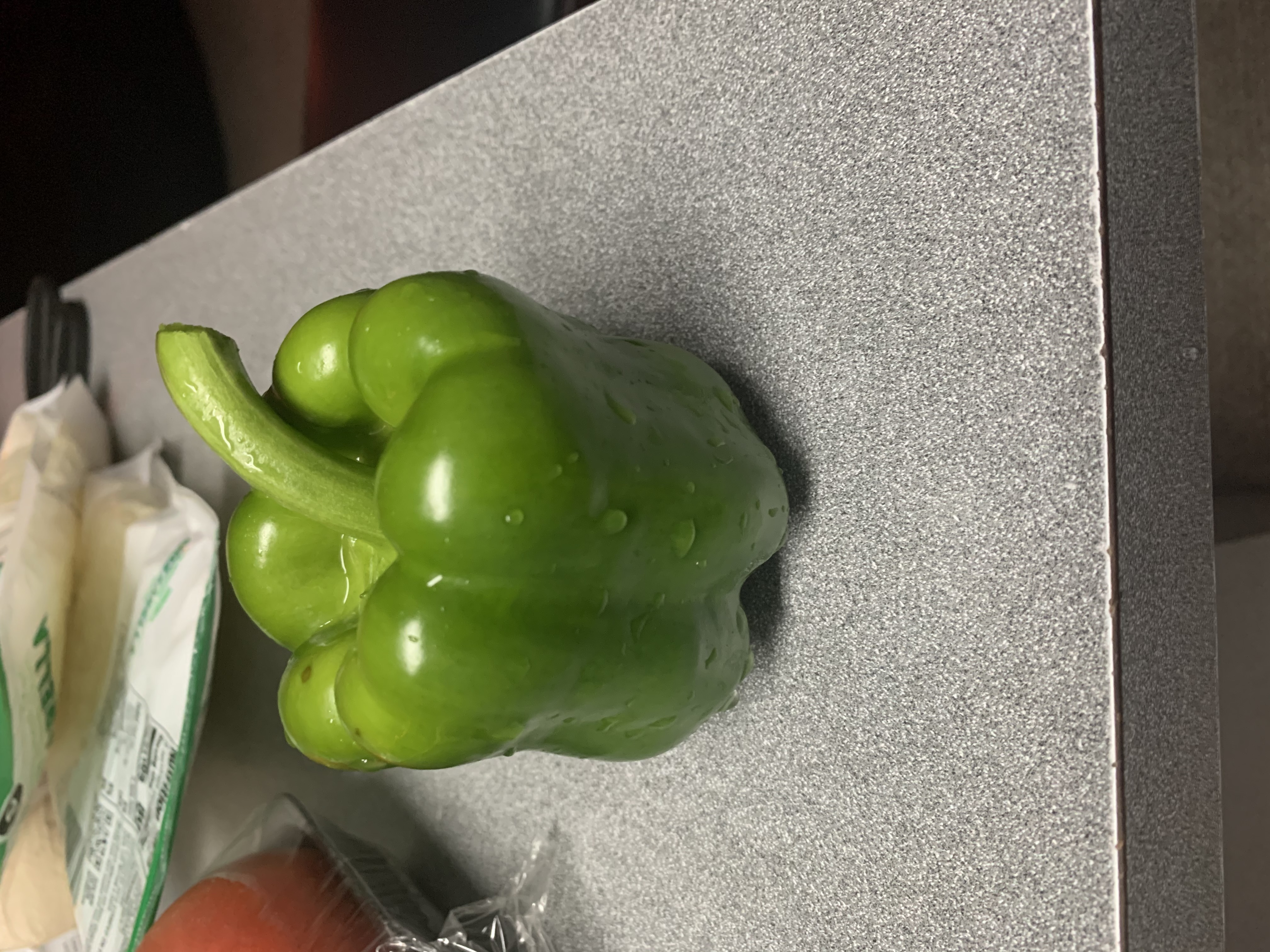 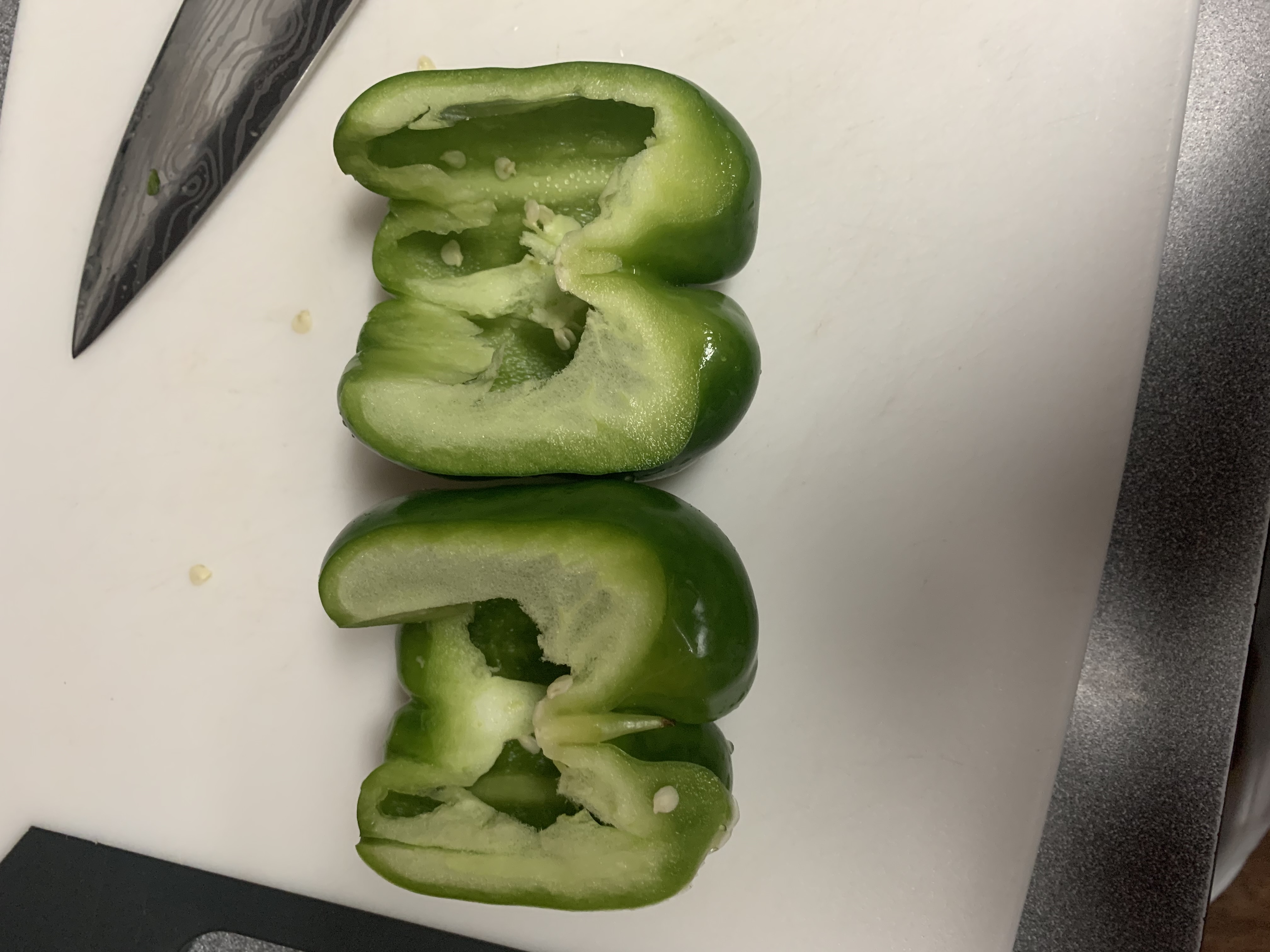 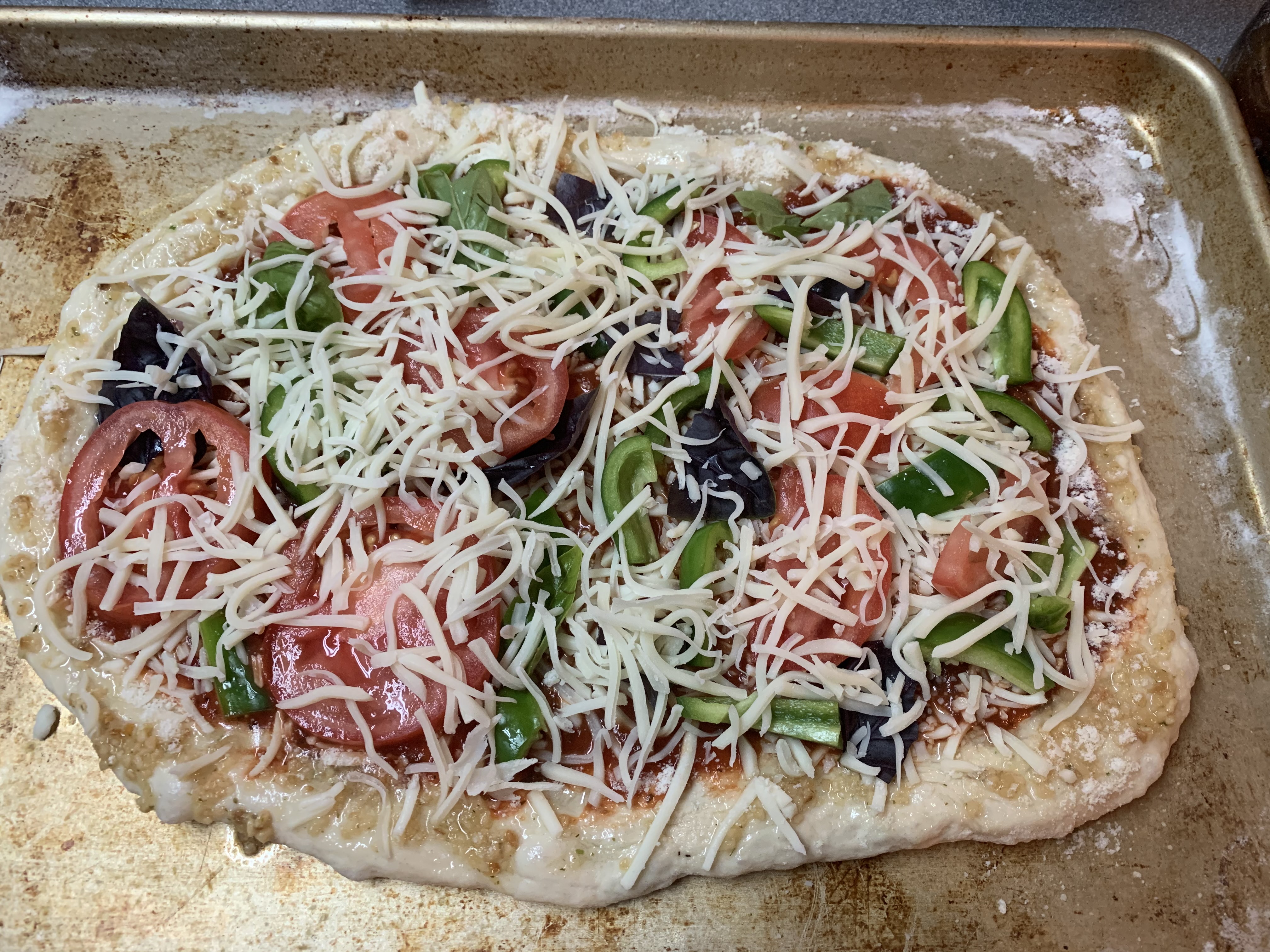 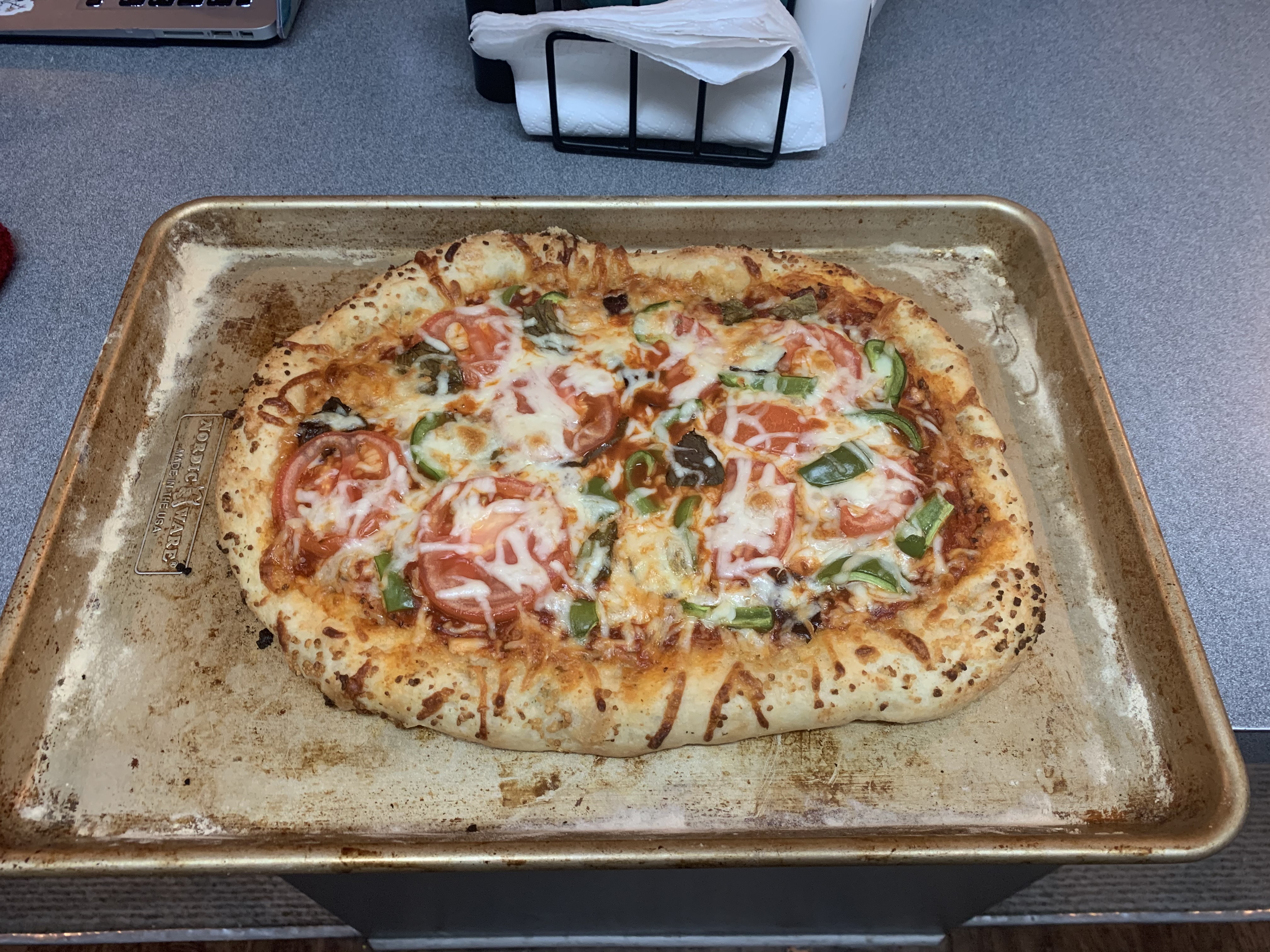