Quite a lot happened this past week. After watering the seeds I planted daily, some of them broke ground! The sunflowers were the first to come up, growing way faster than any of the others. The basil was the next to come, still inside the peat pellets. Then, just a couple days ago, the zinnia broke through! The onion starters still haven’t broken through yet, but I’m guessing those take longer to grow than the others, given the size. The bell peppers seeds still haven’t come up in the peat pellets, which I’m a little worried about. I’m going to continue to water them and see what happens. Below you can see pictures of all the plants that have started growing. 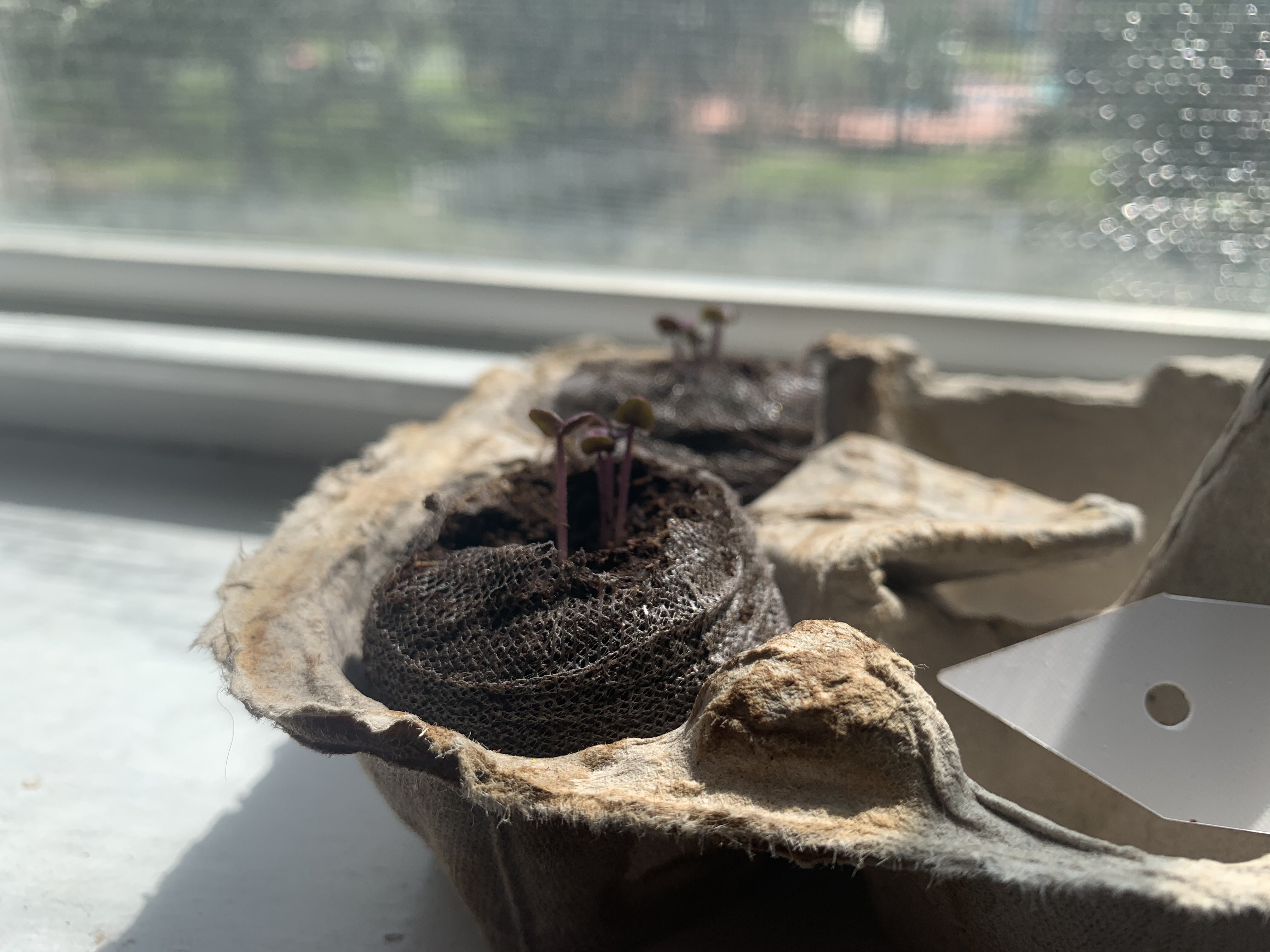 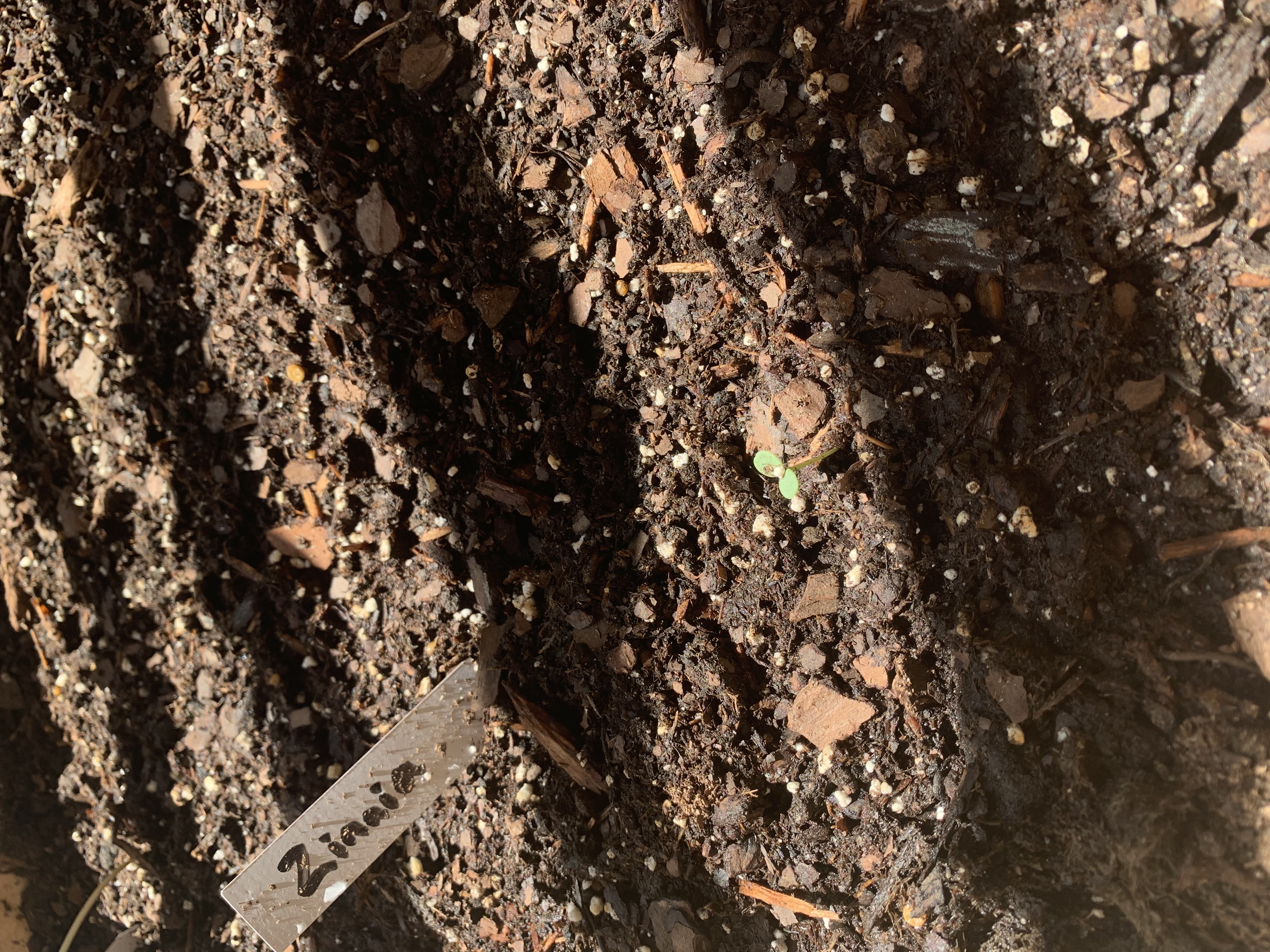 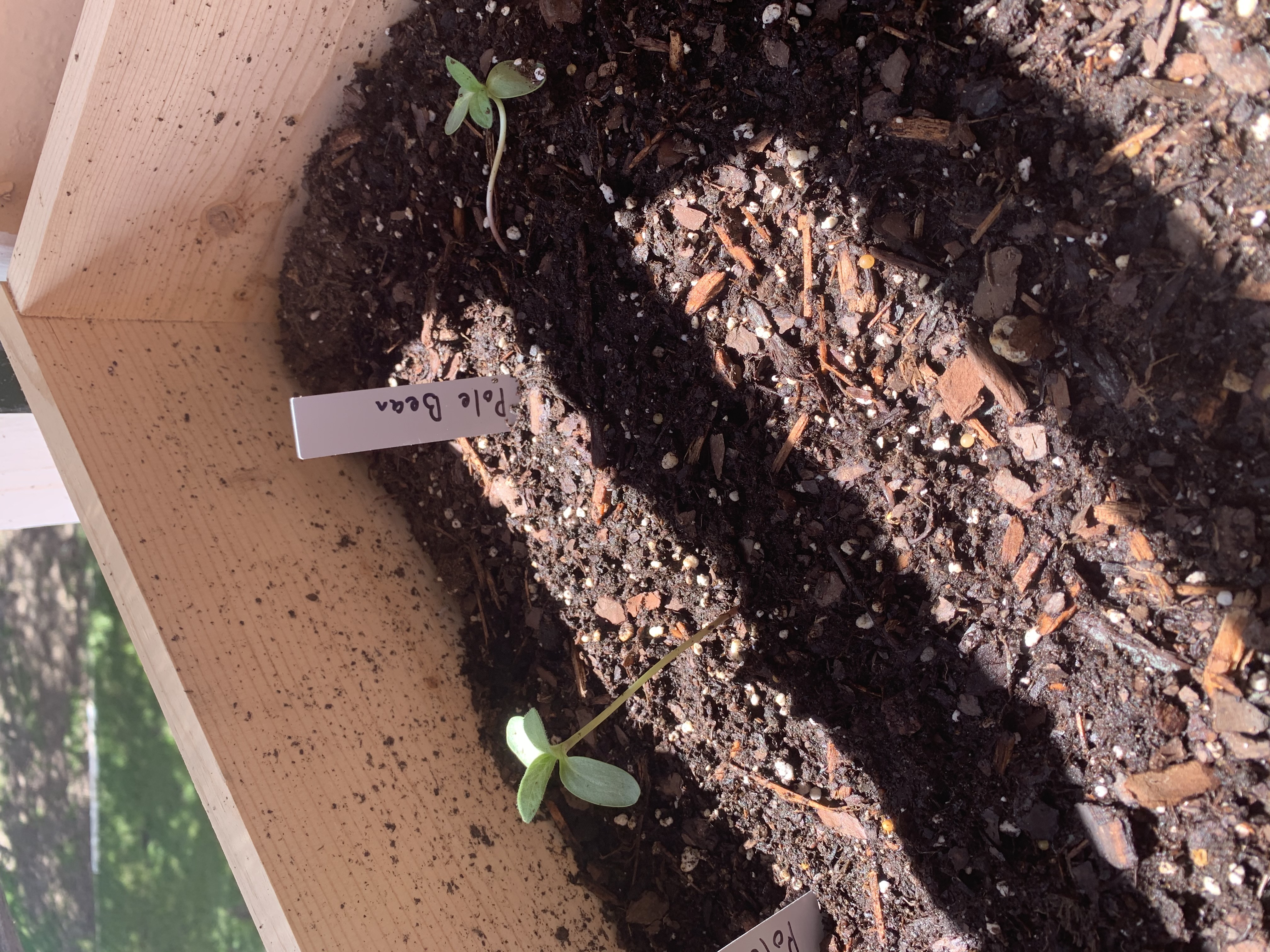 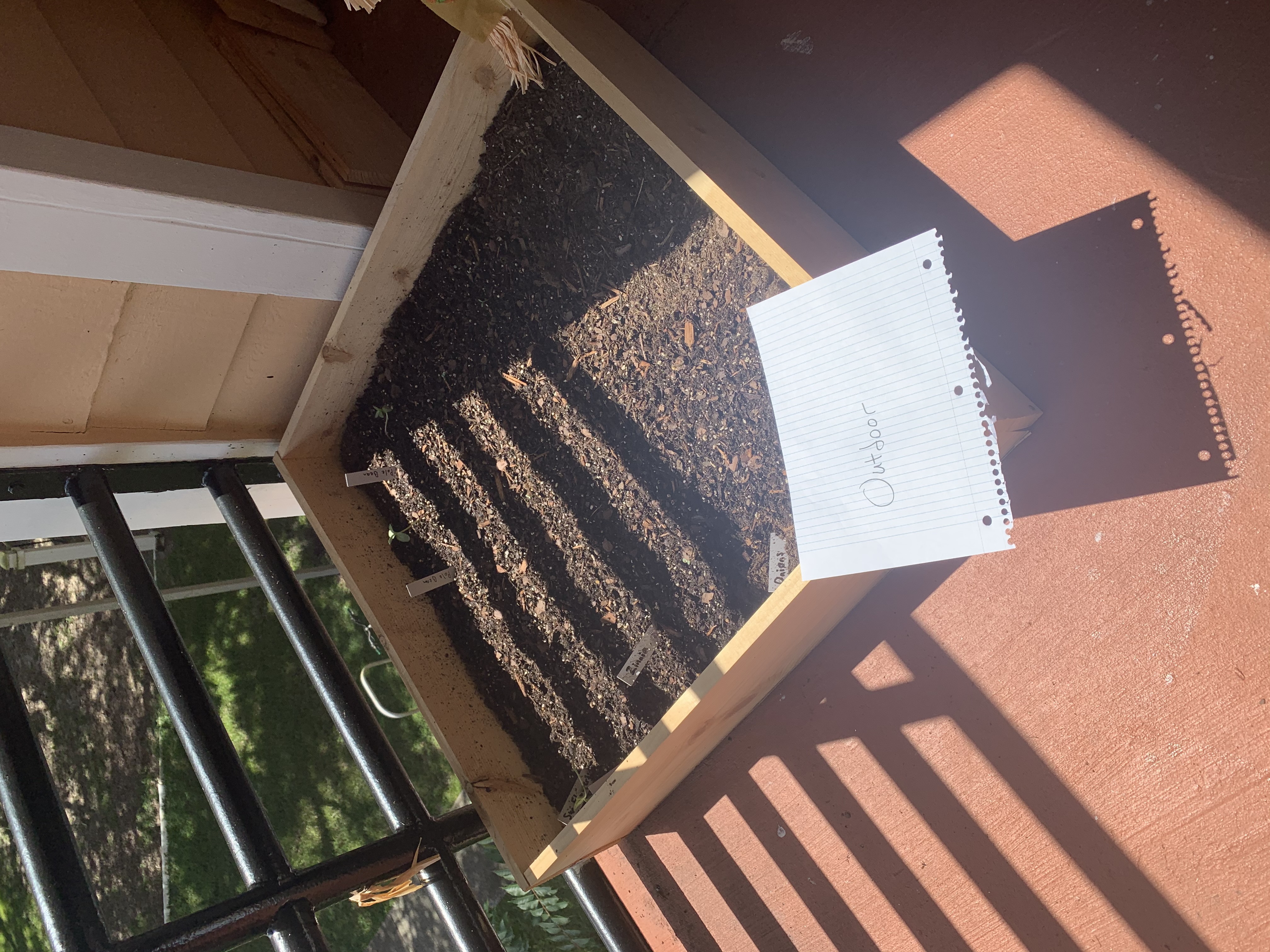 This week, I also planted some new seeds. I planted radish (6 seeds), and pole beans (4 seeds). I placed the radish along the side of the garden, close to the wall, and the pole beans next to the sunflowers. Below is a picture of my garden layout. 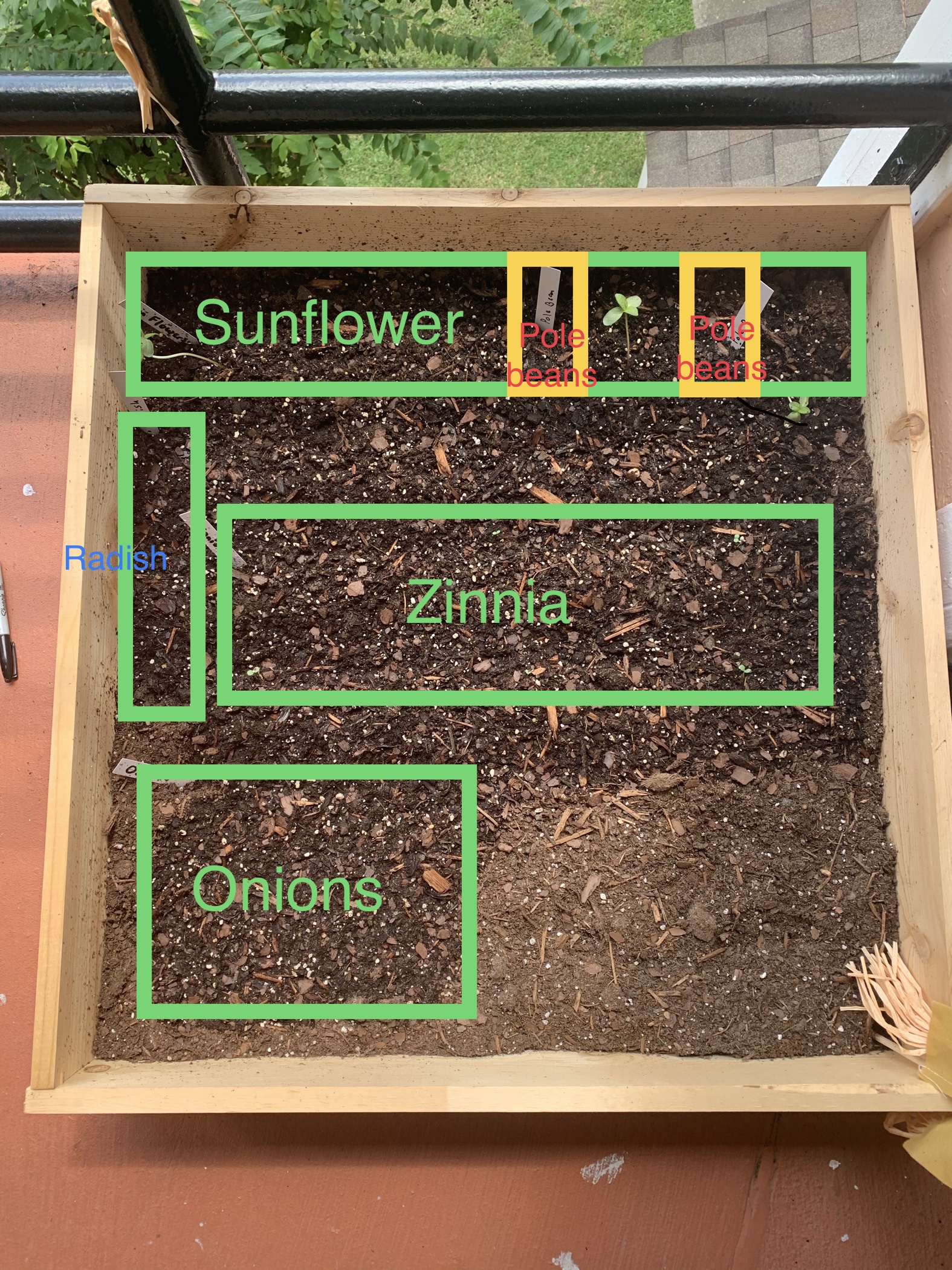 Overall, I think planting wasn’t as difficult as I thought it was going to be. I expected to have almost nothing growing and having it be due to some issue like not having enough potting mix, or not enough sunlight or water. But it’s turning out pretty well so far, so fingers crossed that it continues! :)