This week I built a hydroponic system for my lettuce seedling. I used an empty 2 Liter bottle of sprite, cutting the upper third off with scissors and poking a hole in the bottle cap. I then put cotton wick through the hole in the bottle cap and tied a knot so it wouldn’t fall out. I then added half a liter of water, 3 drops of vinegar, and 1/4 teaspoon of dissolvable fertilizer to the bottom of the bottle. Inside the upper third of the bottle, I added a substrate coco coir and then placed that upper third of the bottle inside the rest of the bottle, allowing the cotton wick to dip into the mixture of water, vinegar, and fertilizer. I then transplanted my lettuce seedling into the substrate and placed it at my window sill. Setting up the system seemed like it would be complicated at first, but was actually quite simple and straight forward. It’s a good thing that I germinated 2 lettuce seedlings, because one of them hasn’t sprouted (probably gonna have to put a new seed in). Below are pictures of my hydroponic system. 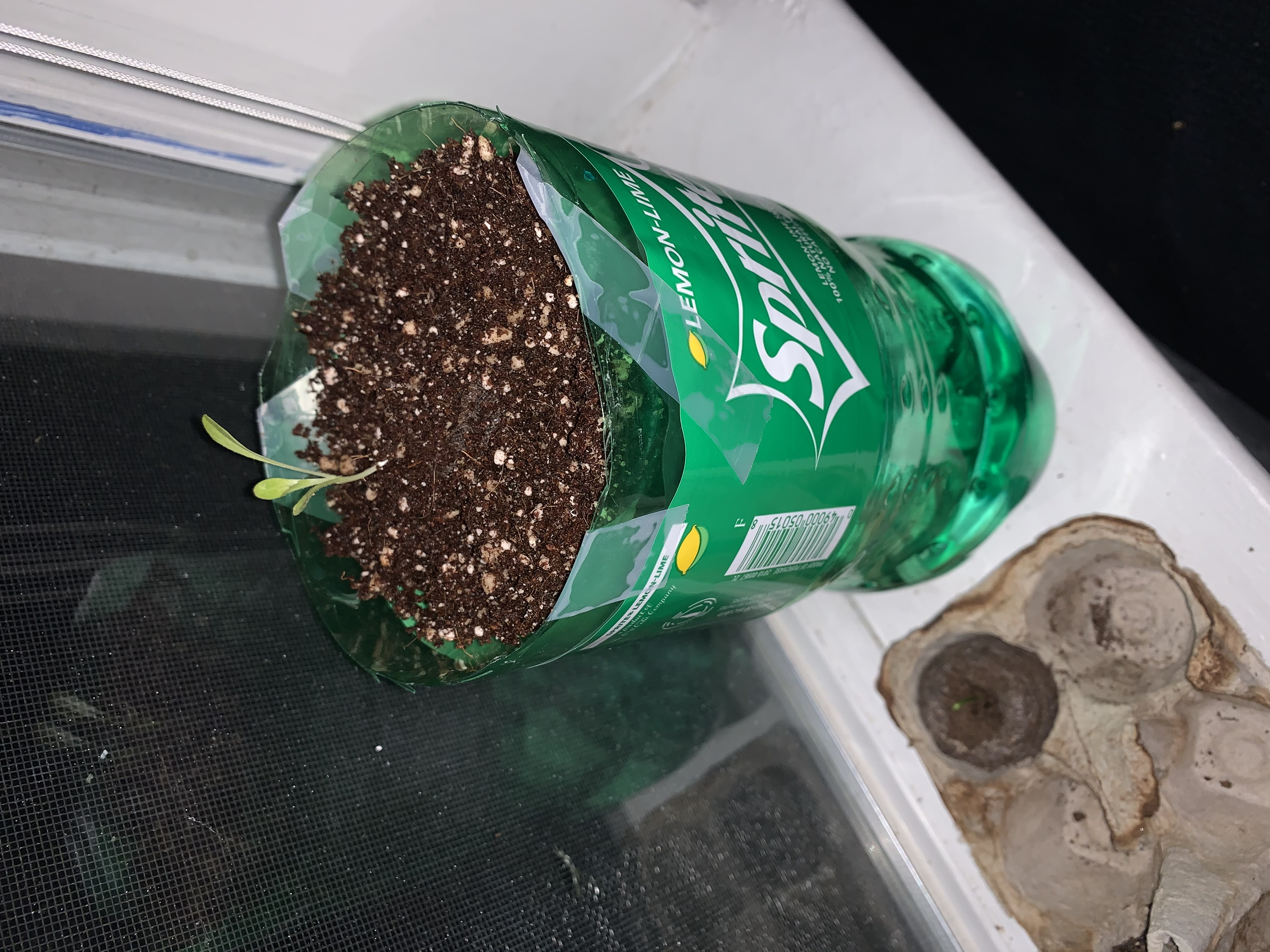 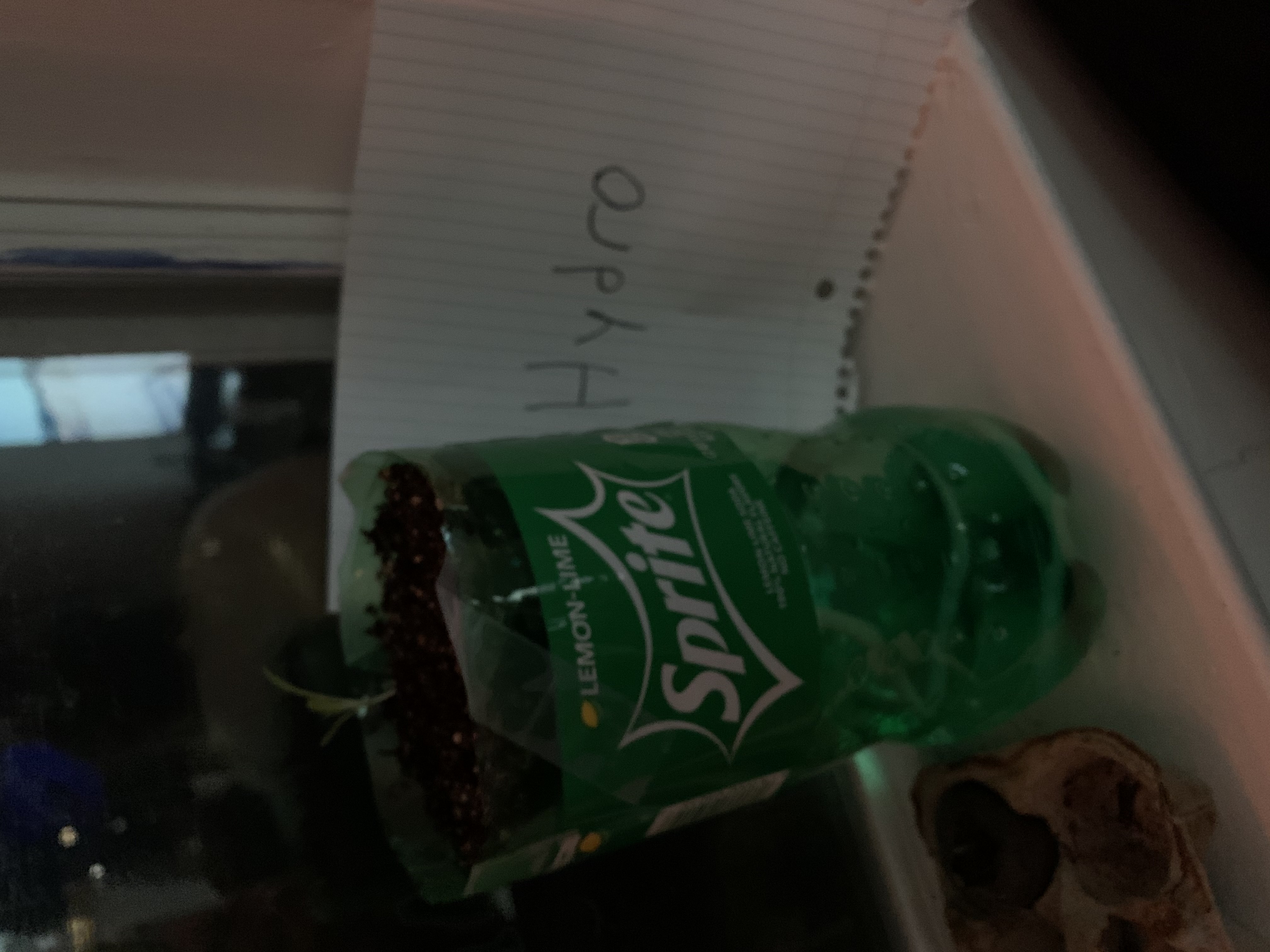 In other news, my garden is doing really well! The transplanting of the bell pepper and basil seedlings seems to be doing great (knock on wood) and they’re growing quickly. All the other plants are growing fast as well, I can only assume due to the fertilizer I’ve added to each of them. Next week I’ll be working with microgreens, so look forward to that :).